Nicholas Solterhas worked at Sun Microsystems for more than eight years in the areas of highavailability and distributed systems. In his work on the Solaris Cluster product, he has imple-mented clustering support for core Solaris features such as Zones and SMF. He was the techni-cal lead in open sourcing the Solaris Cluster product and is currently leading the effort to runSolaris Cluster on the OpenSolaris distribution.In addition to his work at Sun, Nicholas has experience in the computer game industry atDigital Media International and Electronic Arts. He is also the lead author ofProfessional C++(Wrox) and has taught C++at the college level.Nicholas studied computer science at Stanford University, where he earned bachelor of science(with distinction) and master of science degrees, with a concentration in systems. When notworking, he enjoys spending time with his family, playing basketball, reading, and playing in theColorado snow (having been deprived of winters growing up in Southern California).Gerald Jelinekhas been an engineer at Sun Microsystems for a total of almost 20 years,although not contiguously. He currently works on the Zones virtualization subsystem in Open-Solaris. In the past, he has worked on a wide variety of projects, including system installation,JumpStart, printing, a variety of system administration tools, and the Solaris Volume Manager. Alittle-known fact is that he personally assembled the various project bits and burned the Solaris2.0 golden CD. In addition to Sun, Gerald has worked at several other companies.Gerald graduated from Washington University in St. Louis with a B.S. in computer science,and from the University of Colorado with an M.S. in computer science. He and his wife, Sarah,spend most of their free time fixing up the 85-year-old house they recently moved into.David Minerhas been an engineer at Sun Microsystems for nearly two decades. He is presentlythe lead for the Caiman installer project and co-lead for the OpenSolaris distribution. Duringhis time at Sun he has worked primarily in the areas of system administration and networkingand has been a significant contributor to a variety of projects in both fields, including the Solarisadmintool and sysidtool, PC-NFS, the Solaris DHCP server and DHCP Manager managementtool, and the Service Management Facility (SMF). Prior to Sun, Dave worked at Prime Computeron TCP/IP networking.David graduated from Michigan State University with a B.S. (with honors) in computer science.In his spare time, Dave is an avid golfer and hoopster. He and his wife, Kris Corwin, are theadoptive parents of a small pack of retired racing greyhounds. 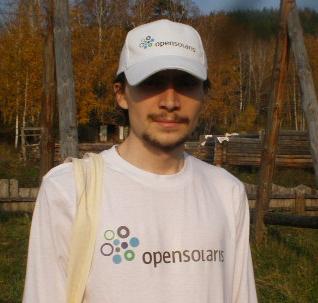